How to Transfer Files Using WhatsApp 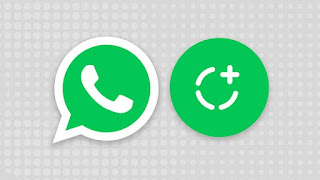 There are many ways to move files from a smartphone to a computer, or vice versa. Like using the most conventional method, namely Bluetooth. Using a USB cable, up to using a transfer application such as ShareIT . However, each method has its disadvantages. By using Bluetooth, the transfer process can take longer. Therefore, using Bluetooth to send files between devices has begun to be abandoned.While using a USB cable is not simple. Because using a USB cable there is a possibility of transfer failure if at any time in the middle of the process the cable is accidentally unplugged.And if you use an application such as ShareIT, not all operating systems can enjoy it. Linux users like me, cannot use ShareIT to transfer files between devices because ShareIT does not provide applications for the linux platform. 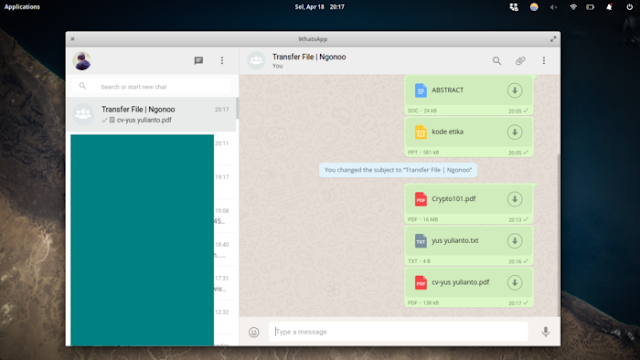 Actually, there is one trick you can use to send files between devices. This trick is very simple and can be done easily. And of course, this trick uses an application that anyone must have on their android smartphone, namely WhatsApp.WhatsApp is an instant messaging application that uses end-to-end encryption. So to say, WhatsApp is one of the safest instant messaging applications. Apart from being able to send text messages, you can also send documents, pdfs, photos, videos and much more.Now, because WhatsApp can be used to send files, we can use it as an application to transfer files from smartphones to computers or vice versa. The following is a simple trick.1. Open WhatsApp then create a group.2. Invite one contact person. Can a friend, sister, brother or crush. But as much as possible do not invite the ex, because there might be a misunderstanding.3. Name the group and save.4. Open the group, then remove the contact you invited by long press on the contact’s name, then select eject.Now, only you are left in the group. Next is you need to enter WhatsApp Web. You can send files from your smartphone to the group. No one will be able to see these files besides you. Vice versa, you can send files from a computer to a smartphone using WhatsApp Web. 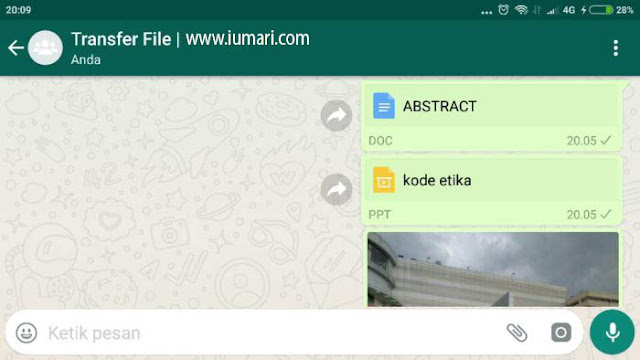 Now you can be more productive by using WhatsApp as an application to send and move files from your smartphone to your computer. Suitable for you who often work with two devices, namely smartphones and computers. So you don’t need a third party application to send files between devices again.